Progress on the writing front - Moonstruck

I've just wrapped up my editing pass for "Moonstruck", which is an old book but had all its names and title changed, so I needed to make sure that it works and that I take out a few lines I didn't like. The fun effect is I ended up liking the new names a lot more than the originals.

I re-read and proofread the bulk of it yesterday, though I don't recommend proofing 60k in one day. In its defense, it was fairly clean. I'm still waiting for beta feedback from a second pair of eyes, but I've scheduled the release for 12 April (I'm just trying to space out books so I have the next one ready or near-ready when a book releases - I've found it's better for troop morale). Below is the amazing cover from Tiferet Design. 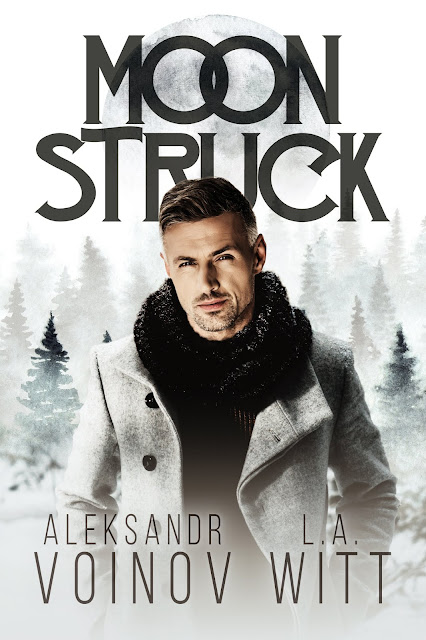 Anthony Rawson is screwed. Fans, producers, and his agent are all chomping at the bit for the next book in his wildly popular Triple Moon series, but he’s got epic writer’s block and is way behind deadline. Then he reads Axis Mundi, a fanfic novel by his online friend “SirMarrok.” It isn’t just a great story—it’s exactly what the series needs.

Samir Daoud is thrilled when “Ulfhedinn” wants to meet up after reading Axis Mundi. When Ulfhedinn turns out to be Anthony Rawson himself, Samir is starstruck. When Anthony tells him he wants to add Axis Mundi to the Triple Moon series, Samir is sure he’s being pranked. And when their online chemistry carries over—big-time—into real life, Samir is convinced it’s all too good to be true.

The problem is … it might be. The book deal, the sex, the money—everything is amazing. But fame isn’t all it’s cracked up to be, and Samir is left wondering if Anthony really loves him, or just loves his book.

(This 95,000-word novel has been previously published under a different title.)

For the rest of the month, I'll be expanding another old book, which needs about 20-30k new words, for a release towards the middle of the year, and work on both my "category romance" (which is already not very category at all, but I'll worry about that stuff later), my paranormal historical, and my half-written Witches book - that means I have four books on the go at the same time, but the trick is to pursue all of them at the same time until one elbows the others out of the race. That usually works out. That is why I'm up at 8 on a Sunday with a large coffee in front the computer.
Posted by Aleksandr Voinov at 08:48 No comments: