I'm currently fairly quiet - mostly I've been busy with some projects. For example, I've done some work for CritShop, which I've been planning together with Anyta Sunday. I've worked with groups before, but I'm much better now, so that should be a really cool experience. We do have a couple places left, so if you feel so inclined, check it out!

Then I've been working on edits for the Bird Book, which are coming along. I should get it ready for copy-edits by the end of the month. We're currently doing developmental edits, which is when the structure and all the "big picture" elements are checked.

Then I've been readying Deliverance for publication. Cover by the very talented Garrett Leigh. 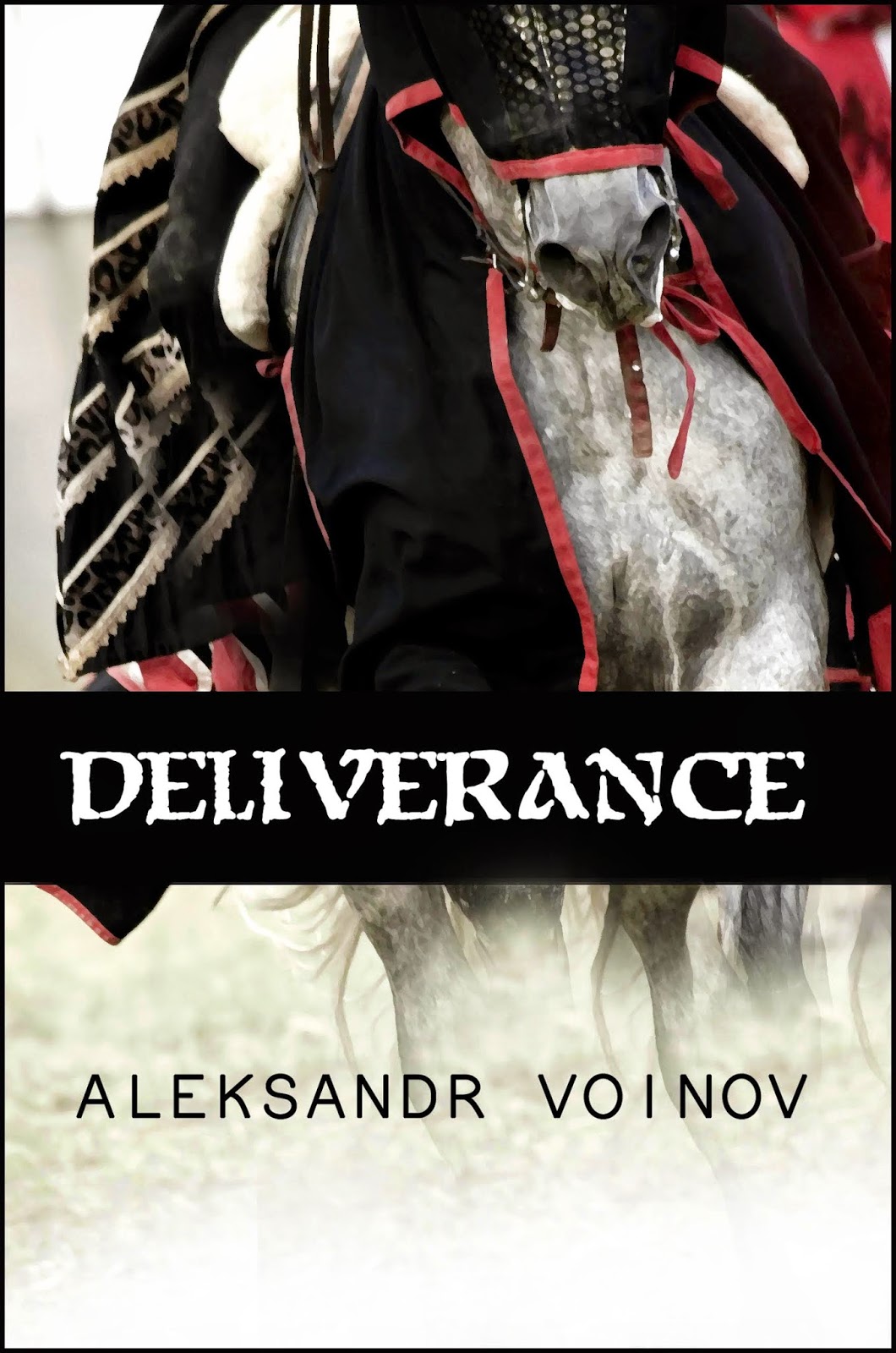 This short story has a long history--first published with Noble Romance in 2009, I reclaimed my rights a couple years ago (read: bought them back), re-edited and expanded it and then donated rights to Another Place In Time, a charity anthology of historical short fiction that has raised several thousand dollars for AllOut.org, so a very worthy cause indeed. That said, the exclusivity clause ends on 1 April 2015, and I've decided to put the short story out there for everybody who wants it by itself or as an exercise in completion.

It's a short story (not a novel) and my first commercial solo m/m effort. I'd write it a bit differently these days, but I also wanted to keep it as-is. I can't run around and keep rewriting "old" stories. So here it is. If you've read it it in Noble's anthology, this one is improved an expanded. If you've read the version in Another Place In Time, this is the same version. It can now be pre-ordered. And after the feedback I got about Return on Investment, Deliverance is up on Amazon AND B&N and iTunes and several others. (Also, I've expanded distribution of Return on Investment, so you can buy it at the major retailers now too - that's my strategy now going forward anyway.)

Once a renowned tournament fighter known as the "Lion of Kent," William Raven joined the Templars in the Holy Land to escape his past and the political machinations of his enemies. Called to protect travelling pilgrims bound for Jerusalem, William comes face to face with Guy de Metz, his lover from the past. But Guy is no longer the foppish young noble William knew.Guy de Metz once tamed the famous Lion, but failed to hold onto the man. Rumours and intrigue tore them apart, and William left seemingly without a thought. Now as they meet again, William claims he has sworn himself to God and God alone, but Guy believes that somewhere inside William’s chest, the proud, fierce man he used to love is still alive, and he will prove it.


Then I've been studying hard towards an NLP (Neuro-Linguistic Programming) qualification. It feels like about 50% hypnosis, and you guys know how much I love trance, so it's been fun and mind-bending so far, and that's just the at-home pre-studies. The idea was originally to be a better coach (people ask me for advice all the time, so I wanted to be better at giving it), but my fascination is running deeper now--I just really enjoy the whole model and the possibilities are stunning. There's three things I could do all day without ever getting tired of it: writing, trancework and talking about writing, so I'm playing with ways to combine those.

With studying hard and thinking in those models, I struggle a bit to focus on creative writing per se--I'm more in an editing mindset at the moment--but the idea is still to wrap Dark Heart by end-March. Suckerpunch hopefully by end-April.

Lastly, I bought a webcam yesterday and will sort out insurance so I can start practicing as a therapist/hypnotist. Currently I'm mostly gathering experience, but generally, I'll be available for face-to-face coaching/therapy from today. (I have a few clients lined up, so that's brilliant. I know my stuff, and nothing beats practice.)

Right, I better get back to my studies. The actual course starts on Saturday and is from 10am to 8pm until 6 March. Considering I have to commute there, I don't expect to do more than fall into bed afterwards. It'll be great.
Posted by Aleksandr Voinov at 11:09 3 comments: