I'd already done my "2016 review/2017 outlook" post in November. Since then, not a great deal has happened, so I don't really need to do another one. Mostly, since then, I've worked hard on getting two big projects ready.

One is Witches of London - Eagle's Shadow (cover to be revealed soon), co-written with Jordan Taylor.


What if the new love of your life also holds the keys to your past?

When Chicago journalist Tom Welsh meets British banker Sanders Templeton at a conference, Sanders insists they have a connection, though he does not know what it is.  They’ve never met before—but the strangest thing is, Tom can also feel it.

Sanders Templeton is a highflier who has it all—the money, the lifestyle and a rare intellect. Only a few chosen people know that he also suffers excruciating pain since childhood, with no cure, a mystery to western medicine.

Sanders knows that meeting Tom may be the most significant event of his life. As their relationship deepens, they learn that this is not the first lifetime in which they’ve fallen for each other. This time, true love can be theirs if they find the courage to forgive.

This is a standalone novel in the Witches of London world.

So that one's ready and currently with betas. We're aiming at a release in early February, but it might happen to be March.

Then there's Risikokapital, the German translation of Return on Investment. Again, this is with betas and should hit the shelves in February/March.

I'm also working on getting German translations ready for Deliverance, Skybound and Burn, and have started translating Witches of London - Lars, which will trickle over onto Amazon.de when they're ready, but very likely throughout 2017.

So, with Eagle's Shadow one of the four novels I'm planning to release (and pretty much ready to go), I'm currently focusing my energy on writing Exile (Incursion #2) which is circa half done and looks like a full novel.

And as of yesterday, I've started making tracks in Witches of London - Julian, which I plotted out six months ago, and now I have the time to write it, and I laid down a pretty good first chapter yesterday, so it's all going well.

The "last" slot of the year is likely going towards Dark Heart (sequel to Dark Soul), which I really just need to finish.

So those four (Eagle's Shadow, Exile, Julian, Dark Heart) are the minimum I set myself for 2017 (you can tell I've improved and tightened up my goal-setting). I'm planning to do a great many other things in 2017 too that are unrelated to writing, but very much related to the whole pagan/therapy angle I'm currently working.

But generally, the idea is to release a new story/novel every quarter roughly in this order (with others dropping in as I finish more):

Beyond that - I have plans to write Pure Gold, re-issue expanded and edited Clean Slate and First Blood, co-write two more Witches books, and write a post-Apocalyptic novel as well as a fantasy novel. There's a lesbian historical I want to write, too. 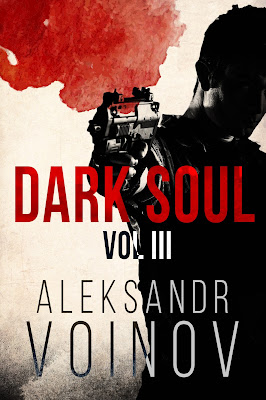 So... the Muse is definitely playing. The question is how much of all that can I cram into my day while holding down a day job (which is currently not going away - I simply don't make enough money to live off writing, and the industry is so fragile right now I fully expect it might all burn to the ground, so writing remains most definitely a hobby for the time being). I'll try again for 500-1,000 per day, but that'll be an average, not a daily wordcount. I have my spreadsheet ready to track it.

Beyond that year, I don't know yet... some of the books I enjoyed most were "happy accidents", so books that occurred to me and then became so compelling that I couldn't stop myself from writing. So I'm not going to overplan and leave some space for those kinds of books.

Right, I'm do some official goal-setting, set up my bullet journal for 2017, and then finish chapter 1 of the Julian book. Wishing you and yours all the best for 2017 - thank you for all of your support; when things get rough, this means more than I could say in a simple blog post.

I'll see you on the flipside. And I'll bring new books!
Posted by Aleksandr Voinov at 15:26 1 comment: