One of my big goals for 2017 was to publish more in German, so I'm rather pleased that I could hit "publish" on the Witches of London - Lars book. The translation is by me, with lots and lots (and lots) of input from German friends. Considering how slow that kind of work is, I'm pretty sure I won't be able to translate everything next year, but over time, and with the help of translator friends, I'm hoping to put everything out in German. So that goal stays in place. 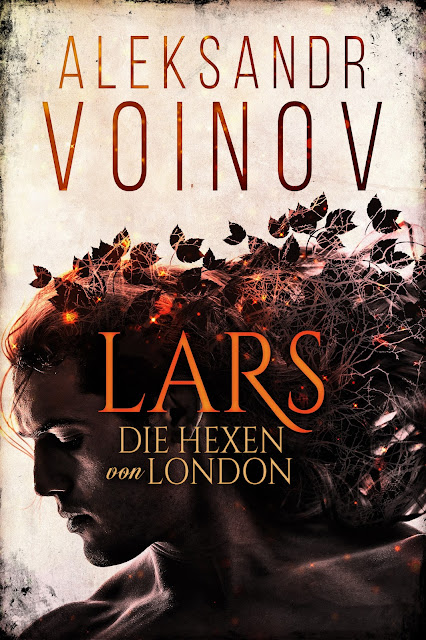 With only two months left in the year, I have to admit defeat on a couple of my productivity goals; I could probably finish another novel if I focused really hard, but I'll be spending next month studying for my coaching qualification, which is an integral part of my long-term plan of becoming self-employed and moving towards coaching/therapy. In astrology terms, Jupiter has just moved into my 12th house, so this is a great time to study what amounts to magick/therapy and clear out the remaining dirt and nasties from my subconsciousness, all of which I'll be getting some big-calibre help with - the best anybody could ever hope for. So a lot of work over the next 12 months will be about setting myself up for the future I've planned for myself, which means growth and lots of self-exploration. After Saturn has torn down everything fake and nasty in my 12th (and 1st) house, and revealed my hidden enemies and false friends, Jupiter in 12th shouldn't be nearly as tough.

In mundane terms, I'm still working on Witches of London - Julian (half written, solid length all in all), and hope to finish the actual writing in December, after the course, and then edits and formatting and all that, so we're looking at January. After that, I'll finish Dark Heart, and after that, I'll be working on some fantasy novels. I'll get some books back from various publishers and have a few written stories in the drawer that came back years ago, so that should set up 2018 rather nicely in terms of number of releases. There's 3-4 co-written books in the offing as well, but I know Jordan Taylor is waiting for me to wrap up Julian first.

Regarding translations, I'm also going through and editing the translations of Gold Digger and Incursion (both German), and I hope to release those as soon as possible.

And completely randomly, I'm looking at making candles as a semi-serious hobby/side business. Candles make me happy, candles make other people happy, and it's a lovely thing to do something with your hands after a long hard day of brainwork. For starters, I'll make themed candles to go with my new releases. Keep your eyes peeled for that.

Wishing you all a lovely Samhain.
Posted by Aleksandr Voinov at 19:06 No comments: