So, I'm in the last few stages of wrapping the Nightingale audiobook. Some scenes were genuinely difficult to listen to, and I know what was coming. Also, a book that's all about sound being interpreted by somebody who's so much better at sound/voice than I am was a revelation. 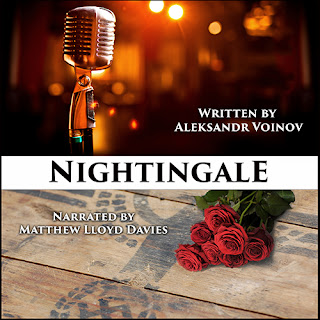 Then we've released Missionary, which is the pre-story of Joshua/Julien from No Distance Left to Run. It's all about that encounter with the Legionnaires that changes his life.

And we've been re-leasing Market Garden books as they come out of contract. The last one was If It Flies. Regarding those re-releases - there won't be massive changes. I tend to clean books up again when I re-release them, just to deal with typos and other issues I spotted on a re-read, but generally, I'll let you know when there's a massive change.

In writing news, I've broken 72k on Risk Return and should finish it before the month is over. I've taken a couple long weekends off work over the next six weeks, so that should definitely help.

Today though is my partner's birthday, so we're both off work and taking it easy. And then later tonight we'll watch the second season of Daredevil, which we've been waiting for since it was announced.

So everything is still going according to the prophecy.

Posted by Aleksandr Voinov at 09:18