I'm happy to announce that Risk Return, the sequel to Return on Investment, is now live (Amazon first, and later I'll wrangle the other retailers and get the book into "wide" distribution).

This one is a lot more about the relationship of Francis and Martin than the first book. And to celebrate the release, I've pushed down the price of Return on Investment. :) 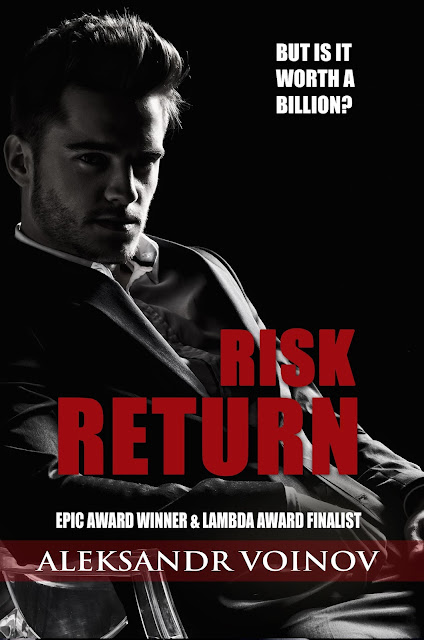 Six years ago, young and bright investment professional Martin David got exactly what he wanted—a relationship with Francis de Bracy, his boss at investment fund Skeiron Capital Partners. Having now started their own business in Germany’s banking capital Frankfurt, Martin and Francis’s life is sweet and easy.
Until the Jesuit Emanuel, Francis’s former mentor and teacher, shows up unbidden and unwelcome. Emanuel brings with him a devil’s deal: Charles de Bracy, one of Francis’s most unforgiving enemies, has sent the Jesuit to broker peace between himself and Francis. And Emanuel does not come empty-handed—Charles is offering Francis the family fortune if Francis travels to the US and reconciles with his estranged father.
Martin knows how proud and headstrong Francis is. No amount of money will bend his will. But as toxic as the past is, maybe facing it will finally give Francis peace. Yet, if Charles is anything like his son, he’s a formidable foe, and Francis’s scars and bitterness run so deep a billion might not be enough to even the scores.

Posted by Aleksandr Voinov at 08:05