I think I keep telling the story - "Mean Machine" is the book I wrote that had the most title changes. Some books have always been called on thing from the start, or maybe there was a working title. Well, "Mean Machine" started as "Untouchable", then became "Counterpunch" when it was published by Storm Moon Press. 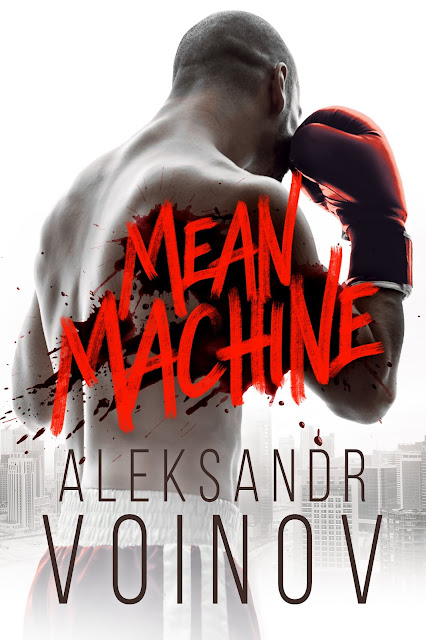 When the rights reverted, I knew the book wasn't quite right. Reviewers talked about how the ending was "abrupt", and some felt the book was rushed. No wonder - trying to tell that much story in about 54,000 words was complete nonsense. It's safe to say I've learned some things about plotting since Counterpunch was published first in 2011.

So when the rights came back to me, I was no longer comfortable with the series it was (loosely) set in - besides, I didn't have the rights to the overarching elements in that series and wouldn't have wanted them if my lawyer would have secured them. What needed to go were the "series elements", so I looked into re-building the world, and attacked that problem from multiple angles. It was still going to be somewhat dystopian in tone, but much closer to reality in some ways - plus I extrapolated a "worst case" Brexit, considering how much time and energy I ultimately had to spend on understanding and preparing for that. (That was way before COVID-19 really changed the game completely.) I also researched and thought a lot about criminal justice systems and trends currently going on the UK.

You could say I took research to pretty extreme levels, considering most the stuff only showed up in a few sentences and shaped a lot of stuff that's not even on the page (Nathaniel's whole POV is missing - and he'd think a lot harder about that stuff than Brook would). I also went back hardcore into boxing research - watched fights and read biographies to get into the headspace of people inside the sport (now, there's some very serious dystopia - it's clear that Brook is both exceptional and exceptionally lucky).

I also did a structural analysis of the book and worked out that some very important emotional beats/signposts were completely missing. Luckily, I had about 15k or so of a sequel of sorts that never went anywhere (called "Suckerpunch"). I took both apart, worked out which bits were missing and while I ended up taking very little from the "sequel", I decided to call the "new" version "Suckerpunch" to help readers not get lost about what the book actually is (I didn't want them to think it was still part of the old series). Once I'd found my stride, "Suckerpunch" grew very nicely. I'd had about 50,000 words from the old version and a few thousand from the sequel, but by the time I was done, I had 110,000 words. Arguably, there's a lot more "Suckerpunch" in there than "Counterpunch", but now all the beats/signposts were there and all subplots were properly developed.

THIS is now the story I wanted to tell - and I definitely failed in the first attempt.

"Suckerpunch" then went to the publisher - I worked with a publisher on this because the day job is so intense I knew I wouldn't have the time to promo and look after reviewers etc. What little time I have left at the end of the day I'm pouring into writing, so partnering with a publisher for this one made sense.

The publisher then informed me they'd contracted a different book called "Suckerpunch", so I needed to change the title. My first suggestion was "Southpaw", but during the edits "Mean Machine" moved to the foreground. Brook's defining characteristic isn't that he's a lefty, it's really his ring name. And if you'd think that "Mean Machine" also works when applied to both the sport of boxing and the world the book is set in, you wouldn't go wrong. I then asked for the title change and the various editors and staffers agreed.

Of course, Goodreads still thinks that Mean Machine is the same as "Counterpunch". I've had my struggles with that site over the years, and I've given up fighting back against people who apparently know my books and intentions better than I do. Mean Machine really, really isn't the same. It's more than twice the size and set in a different world, for starters.

And now to a few questions I've been asked.

Will you get paid for the book?

I've received my pre-order royalties without problems. I'd assume I'll get paid for the rest. And should that change, I have recourse to solutions. So yes, please buy the book either directly at the publisher (I get paid more and a lot more quickly for direct sales) or whichever internet or brick and mortar retailer is best for you.

I see it's published via DSP Editions, so does that mean it's not a romance?

[This contains hints that might constitute a mild spoiler]

A specific scene later in the book violated DSP's policy regarding what content is permissible in "romance", so they asked me if I was all right with it moving under the mainstream label or whether I might be willing to change the book so it could go in under the romance label.

Considering that scene pulls together Brook's whole emotional arch (it's not gratuitous at all), moving it under a mainstream label made more sense. The book still has a HEA and focuses on both Brook's career/development/redemption and his romantic relationship with Nathaniel. It's happy endings all around, I promise.
Posted by Aleksandr Voinov at 12:10