I've spent the past few weeks working through the various drafts of Burn this City - all thanks go to the beta crew and my editors who've really done most of the heavy lifting. Rhis book is now as good as I can make it. I hope to fit in a final proofreading pass reading it on a tablet on a ereader, just so that the text appears "new" to my eyes, but ultimately, we're there.

I'd call this the ARC stage, except I'm not organized enough to do ARCs. This is roughly the stage I feel comfortable with handing out if people want to read review copies; except I don't really do review copies - we're two weeks from release, so it's way too late for those anyway.

At 104k words, it's a beast, and, from a writer's point of view, I never again want to write something his long because the editing hurts. But the boys wanted and deserved that much - enemies to lovers needs space - they spend 50% of the book being enemies and the rest of the book they become lovers. So yes, it's slow burn, probably he slowest burn I've ever written. Basically, you'll need to trust me a lot that I'm going to fulfil the various promises - this isn't a fast book or even a very simple one. It'll take work to read.

First though, if you liked Silvio Spadaro from Dark Soul, he's making an appearance, killing people, having fun and looking great doing it.

I consider this my m/m swansong, so that's the standards I've applied - I've worked through themes and characters and dynamics that attracted me to the genre in the first place. There's lots of plot and back story, there's a few nods to other books (a couple Easter eggs). I feel it's a great closing bracket to Dark Soul, which kind of started my journey in the genre in earnest.

I've deleted some rambling about what I plan to do next, but that should really be its own entry, so I'll publish that next week. For the moment, I'm happy it's done, and I'm exhausted, too. 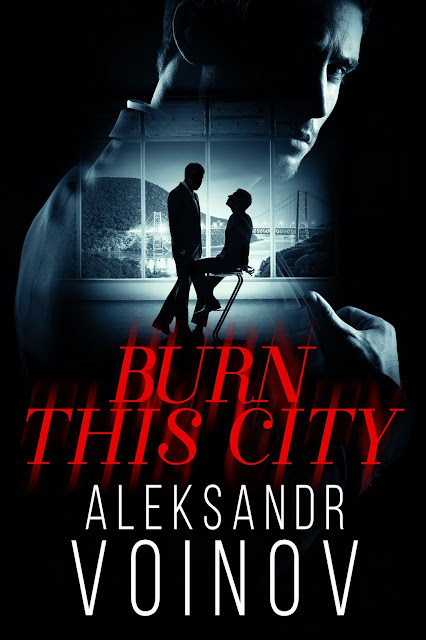 If you react strongly to any of those, chances are, this won't be for you. Personally, I think it's one of the lighter "dark romances" out there. It starts kind of dark but lightens up a lot as the guys find their stride with each other.

But then, my perception might be completely skewed. What's mild for me, might be triggering to others, so fair warning, all of that plays that role and I'm not adding these lightly. I think that's the first time I have actually provided content words like that - one of my friends in the space recently suffered the loss of a spouse and since Sal in the book is lingering quite a bit on his grief, the last I wanted to do was to toss people into emotions that they can't or don't want to deal right now. But again, it's a HEA in my head and at the very least a HFN on the page.

Posted by Aleksandr Voinov at 18:53