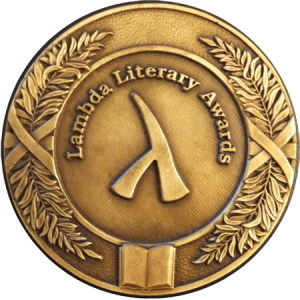 I received the news that Capture & Surrender is a Lambda Awards finalist this year (Category: Gay Erotica). My co-writer on the book, LA Witt, is also running in the Gay Romance category.

I'm obviously pleased and proud. Now that I'm a full-time writer, recognition is doubly nice, but the Lammies are quite special, as they are traditionally more grounded in the NYC type queer publishing scene, which is still somewhat separate from the m/m e-pub scene and much older. In any case, I'm honoured and would love to win an award that issues "desk candy" (aka, a tangible trophy), but honestly, being nominated is already huge, and it's for one of my favourite books, too. So, thank you, judges!

I've spent the last two days going back to a novel I have in the drawer and that might be worthwhile to polish up. As I write this, a number of betas and friends are looking at the book, which clocks in at an impressive 127k. It's been written before I knew or even cared about any of the rules of romance, so it's not a romance. It's a coming of age story more than anything, though it's relationship-focused and has some extremely hot sex.

I submitted it to a publisher around four years or so ago, and they turned it down, telling me the book was "immoral". Well. Drug use and unsafe sex and suicide attempts are the least worst things these bankers get up to just before the financial Apocalypse of 2008, but whatever. In the end, I am glad they didn't take it.

With 4+ years of hindsight, I can now see myself that the book has a few issues and I can fix them. I try not to lose too much. It's a crazy ambitious book, written way before I'd read much m/m, so nothing about it feels like m/m. But it's very much me. Boy, this is pure me, my voice, my hang-ups, my issues circa 2008/9. It's already gone through a number of edits, so the writing's strong, and, in some cases, even brilliant. (I say that without vanity--good writing very often happens despite me getting in the way.) Above all, I love the characters.

Last time I touched this was in 2010, so I'd forgotten almost everything about the book. I spent two days re-reading it and doing a short outline of chapters and scenes so I know what's going on, with a view to cutting what's not necessary. It's too long--the received wisdom in publishing is to keep novels under 100k, so that would mean cutting almost a third, which . . . I don't see happening. I'd lose too much of the stuff I really care about, and I'm emphatically not cutting the side plot around the trans* guy, who's the only well-adjusted, sane person in the book.

In other book-related news, I'm working on the the last 10% of the developmental edits of a fantasy novel (I had to re-write the last 20-30% or so, and feel I'm getting somewhere now, and add 15k, out of which I've already added 11k and look to be on track for 15k+), adding a thousand words here and there, and hopefully finishing around middle of the month.

Once that's back to the editor, I'll throw myself into Suckerpunch, which should be a quick and easy novel compared to the ones I've recently written. Above all, I have a very clear image of the book in my head, which helps with regards to sheer speed. I'll have to re-read Counterpunch to make sure I don't have any continuity issues, but after keeping MoS 1-3 consistent, these shortish novels shouldn't be that difficult. (Famous last words.) Suckerpunch is my April project, after which I'll wrap up that 127k monster and get that submitted. It's not a very commercial novel--I might have to self-publish it, but right now, all options are open.

Then it's time for the Birds book, which should happen in May/June. I'm excited like crazy about that one.

In real life news, I've made a deal with my partner to report to him how much I've done every day. It'll help me stay on track, too. I'm also looking at courses to pick up some qualifications, and do the numbers how much it'll all cost.

Anyway, I'm just going to finish my first 1,500 words session of the day and then head to London to drop off a couple Capture & Surrenders in the bookshop. My rockstar lifestyle. :)
Posted by Aleksandr Voinov at 13:00